SEAT Leon Cupra – Living In The Shadow Of Its Cousin

It must be tough being the SEAT Leon Cupra. Mechanically it’s almost identical to the Golf GTI where it counts, in some areas it’s even superior, and yet the Golf gets all the glory, wins all of the road tests and sells like hotcakes. So isn’t it time the SEAT Leon Cupra got its fair share of the limelight? 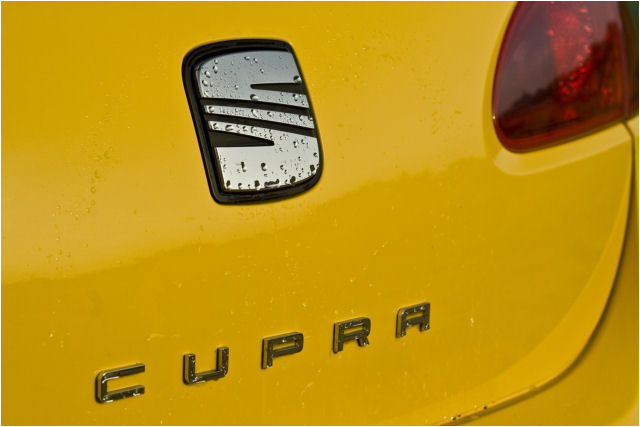 At a simple level the Golf GTI and the Leon Cupra share their chassis and running gear. Now that might make you think they’re both the same, but in character they’re quite different. 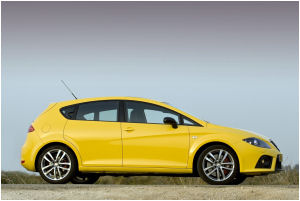 For a start, the Cupra is more powerful than the GTI. The 2.0-litre turbo might be the same unit but SEAT have massaged it to give 237bhp as opposed to the Golf’s 197bhp – a big difference. However, torque is fractionally lower, with 206lb.ft at 1,750rpm where the GTI gives 207 at 1800rpm.

The power advantage means that the Cupra is fastest to 60mph, managing it in 6.3 seconds with the GTI following up in 6.7 seconds. Top speed is increased too with the Cupra running out of steam at 153mph, while the GTI can only manage 145mph.

So in terms of performance, the Cupra is well ahead. 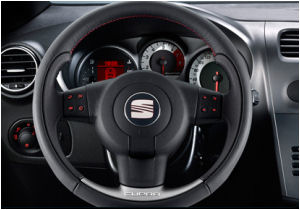 Just about every review you read of the Mk5 Golf GTI sings its praises. The multi-link independent suspension at the back is the same system as utilised to great success in the Focus (VW tempted some of the Focus’ chassis engineers away from Ford) and has transformed the image of the GTI, after the dull Mk4 GTI.

But as with its engine, the Cupra manages to differentiate itself from it’s GTI cousin. Fitting in with the image of the SEAT brand, the Cupra takes a more extreme approach to its handling. With stiffer suspension than the GTI, the Cupra takes a less compromised approach, giving sharper response at the expense of passenger comfort. Not a problem if you’re always on your own in the car, but it might upset the family. 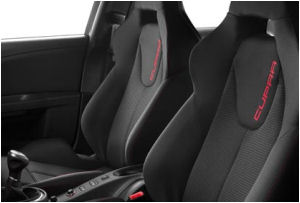 This is very much a question of personal taste, but the Cupra does make a good case for itself. While the GTI goes for a more subtle approach the Cupra shouts about its sporting credentials.

With rear doors that have their handles hidden in the window frame the Cupra almost gets away with looking like a three door, while offering the practicality of a five-door. The external bling comes in the shape of standard 18-inch alloys (only 17-inch on the GTI) and a body kit inspired by the Super 2000 racer that you might have seen in the British and World Touring Car championships.

Inside you get red lighting, white dials, sports seats and quite a few Cupra logos. Like the outside it’s not subtle, but it works and there’s no mistaking the insode of the Cupra for a bog standard Leon.

Look After The Pennies 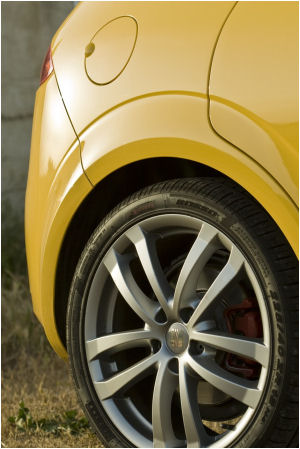 This is where the Volkswagen Group’s pricing strategy seems a little confused. SEAT is pitched as a sportier alternative to the more upmarket Volkswagen brand, but is priced to undercut the Volkswagen range. So, despite the fact that the Cupra boasts a more powerful engine and stronger performance, as well as generous amounts of standard equipment, it is priced at £19,505, where the GTI starts at £20,825, over £1,300 more expensive.

If you wanted to match the performance of the Cupra in a Golf you could try the Golf GTI Pirelli with 227bhp, but you’re then paying £22,555.

In my eyes that makes the Leon Cupra a bit of a bargain! Few cars offer this much performance for such a low price.

The truth is that the SEAT Leon Cupra is a very good car that’s destined to live in the shadow if its more famous cousin. While the Golf GTI is probably the better all-rounder the Leon Cupra offers more excitement, but the Volkswagen badge will always have a stronger pull than that of SEAT.

However, if you can look past the badge snobbery or want to save yourself a fair chunk of cash you could do a lot worse than give the SEAT Leon Cupra a try.

So the question is which do you prefer – German efficiency or Spanish flair? The choice is yours.