Run Your Car On Household Waste 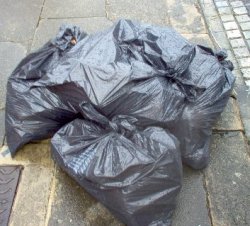 A British chemicals company, INEOS Bio, are claiming that within two years they will have technology available that will convert household waste into ethanol fuel.

Using their process it will be possible to convert a ton of household waste into 100 gallons of ethanol, which can then be converted into standard fuel or used directly in converted engines.

This sounds fantastic, as it will hopefully mean a reduction in the cost of fuel at the pumps. It will also reduce the UK’s reliance on imported fuel, which can only be a good thing in the current climate of crazy global oil prices.

If you’re interested in the technology, it’s a 3 stage process. Firstly the waste is super-heated to give off gases, which are then fed through to naturally occurring bacteria that feed on the gas and produce ethanol as a by-product. Finally, the ethanol is purified for use as fuel.

Not only that, the heat that’s generated when producing the gas will be used to produce electricity, so it’s an efficient process all round.

When used as a fuel in cars ethanol gives a 90% reduction in harmful emissions when compared to petrol, so if this all works out you’ll be able to run your hot hatch for less cost while easing your green conscience (if you’ve got one).