How Is MPG Calculated?

Have you ever checked your car’s fuel economy? Ever compared it with the figures promised by the manufacturer and thought you were using too much fuel? Well don’t worry, there may be a perfectly good reason why your car is drinking like a new student on Freshers’ Week. 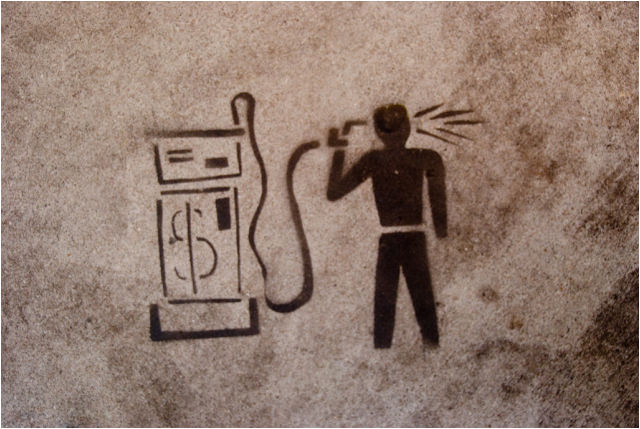 The fuel consumption figures quoted in the brochures and glossy adverts don’t actually come from the manufacturers but are calculated in an official EU test that is witnessed by government officials. The idea is that every car undergoes the same test and at the end you get a fair comparison that allows you to see which car is the most economical.

What you might not have realised is that the test isn’t conducted on public roads. It’s not even conducted on a closed road in a secret government facility. No, the test is actually performed in a laboratory by a white-coated boffin with the car strapped down onto a rolling road. Doesn’t sound much like the real world, does it?

The test is split into two parts. Starting off with a cold engine the first part is supposed to simulate a drive through town with a bit of stopping and starting and some low-speed cruising. In this first part the car covers a total of 2.5 miles, averaging 12 mph and a top speed of 31 mph.

The second part of the test follows on immediately afterwards with the engine warmed up. Now we’re into the ‘out of town’ section that is designed to recreate faster driving on open roads and motorways. Here the car reaches a simulated maximum of 75mph (woah, steady on) and covers 4.3 miles at an average of 39mph.

The two tests result in two economy figures (urban and extra urban) while a weighted average of the two gives the ‘combined’ economy figure. This is the figure you usually see quoted in adverts, although officially all three figures must appear somewhere in the print. The weighting of the figures is also adjusted to take account of temperature and other ‘real world’ driving conditions. The rolling road is supposed to account for the weight of a driver, passenger and fuel load and also the effects of wind resistance as the speed changes.

You might be thinking that this test doesn’t sound much like your daily drive but to make matters worse they don’t even use regular fuel. No, they actually use a specially prepared concoction that costs twice the price of regular fuel but allows tests to be repeated consistently across Europe, where the quality of fuel varies slightly from country to country.

A sensor is plugged into the exhaust pipe and measures the various gases emitted, most importantly carbon dioxide (CO2). The  CO2 figure is worked out in grams per kilometre, a figure quoted in advertisements and used in the UK to determine which road tax band the car falls into.

What might surprise you is that the CO2 figure is also used to calculate the MPG. Normally you would expect fuel consumption to be calculated by measuring the amount of fuel consumed (seems obvious) but what the EU testers do is measure the total CO2 output and derive the economy figure from there. The amount of CO2 kicked out of the exhaust is in direct proportion to the quantity of fuel squirted into the cylinders.

The test is designed to ensure that every car is measured in the same way and in this it succeeds. The problem is that it doesn’t replicate your driving – the roads you drive on, the amount of traffic you encounter or your addiction to (or fear of) speed.

By all means use the EU figures to decide which of two cars is the most economical but from there on don’t put too much value on them. It’ll save you a lot of disappointment. Instead, if you want to know how economical your car is just work out the MPG yourself.

How Do I Measure My Car’s MPG?

Measuring your car’s MPG is easy, but the first thing you need to do is ignore the car’s computer (if it’s got one). Some are better than others but many over-estimate the MPG figure, although I’m sure the manufacturer’s wouldn’t do this deliberately to make owners think their car was doing better than it actually was. Why would they?

As an example, my Ford Mondeo records 10-15% above the actual figure on every tank while my Focus sometimes records over and sometimes under, usually within 5%. Typical computers.

Don't believe a word of it

For this experiment you will need a pen, a piece of paper (the back of a fag packet will do) and a calculator. You will also need some money to pay for the fuel but I’m hoping you’ve already got that covered.

Start off by going to the forecourt of your choice and fill your tank to the top. Don’t overfill it! If you overfill fuel can slosh out of the filler pipe, creating a slick coating on the road that can prove extremely hazardous to other road users, motorcyclists in particular. Now write down your current odometer reading and don’t forget to pay for the fuel!

OK, off you go. Drive around a bit. Go to the shops, drive to work, drive a few stages in the Rally of Wales – whatever you would normally do to use fuel. When you’ve nearly emptied the tank go back to the forecourt and fill up again, noting the odometer when you’ve done. Make a note of the number of litres you’ve put in as well, just in case the receipt doesn’t show it.

So now you have two odometer readings and a quantity of fuel in litres. First of all work out the distance you’ve travelled by subtracting your first odometer reading from the second. Next, convert the litres to gallons by dividing the quantity of fuel you put into the tank by 4.546. Finally, divide the distance covered by the gallon figure you just calculated. Voila, you have your MPG for that tank of fuel.

To give a more accurate reading you should repeat this process a few more times, say ten in total. Take your first odometer reading and subtract that from the odometer reading on fill-up #10 to get your total distance, and add up the litres from all of your fill-ups to get total fuel used.

Now you know how economical your car is when you drive it. That official EU figure looks like a work of fiction, doesn’t it?