After a break of sixteen years, the Scirocco is almost back in Volkswagen showrooms. Since the demise of the Corrado in 1995 there’s been a coupe-sized gap in the Volkswagen range, so it’s good to see one back in the lineup. 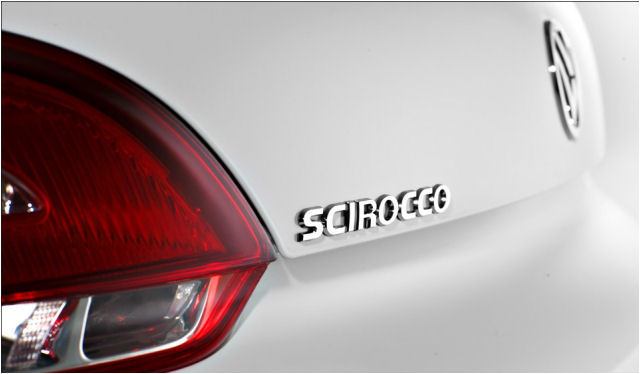 Following the pattern of previous Sciroccos and the Corrado, the new car is heavily based on the Golf. So, is the new Scirocco nothing more than a Golf in a fancy frock, or is it a leaner, fitter machine to match the expectations of a new coupe?

OK, starting with the looks is a bit superficial but it’s vital that a coupe strikes the right image in such a competitive market, and personally I think the new Scirocco is a bit of a clunker. It’s not that it’s bad looking, it just looks a bit soft, blobby round the edges, maybe even a bit … lardy. I was hoping to see something sharper, more dynamic, but it looks like the design team decided to play safe.

Sure, there are some nice details such as frameless windows and smart 18-inch alloy wheels, and even some touches that hark back to the original – the twin headlights and the incline of the lower edge of the rear-side window that are reminiscent of the Mk1 – but the rest of the car doesn’t really do it for me.

Move onto the mechanicals and you can see that the Scirocco borrows heavily from the Golf GTI. Starting off with the 197bhp 2.0-litre turbo, the Scirocco has an identical 0-62mph time of 7.2 seconds with a manual gearbox, and exactly the same top speed of 146mph. The acceleration figure is surprising, as the Scirocco is claimed to be almost 40kgs lighter than the Golf.

It’s in the chassis that the differences start to show. The Scirocco has a wider track (35mm front, 59mm rear) and the car rides 100mm lower than the Golf, giving it a lower centre of gravity. Connecting the wheels are retuned springs and dampers while the rear axle has been lifted from a Passat, of all things. This all comes together to make the Scirocco a bit sharper and more agile than the Golf, and that will play an important role in convincing buyers that this is more than a rebadged version of the hatchback.

However, Volkswagen have an ace up their sleeve in convincing buyers that they need a Scirocco. The early cars into the UK will be GT specification, which will add about £1,000 worth of equipment onto the base-spec. You can have a Scirocco GT for £20,940, meaning it actually costs only £115 more than the Golf at £20,825. That’s not a lot extra to pay for a more generously equipped, equally fast and better handling car.

If performance isn’t your priority you can even lower the price by ordering a 168bhp 1.4-litre TSI, which can be yours for around £18,500. Alternatively, if you’re a frugal motorist who hates visiting the pumps you can have an oil-burning TDI with either 138bhp or 168bhp.

So, is it just a Golf in drag? No, that would be unfair to the Scirocco as it does have enough mechanical changes to make it significantly different to its hatchback cousin. Golf on steroids? No, not really, we need an R version for that and rumours do suggest we could see a Scirocco R20 with a higher output version of the 2.0-litre. Expect around 250bhp, a bit more than the Golf GTI Pirelli to make it stand above the GTI, but less than the 261bhp Audi S3 to avoid encroaching too far into Audi territory.

Would I buy one? Probably not with those looks, I’d still be tempted by the Golf GTI.

Would you buy one?