The Vauxhall Corsa VXR 888 gets off to a good start as it’s a tuned version of an already cracking little car. 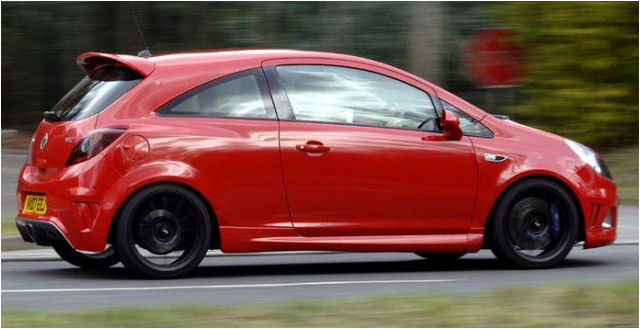 The standard Corsa VXR is the second-to-least powerful car in the VXR range, after the Meriva.  It manages to give great performance from its 189bhp turbocharged 1.6-litre engine without spoiling the fun with the torque-steer antics of its more powerful brother, the 240bhp Astra VXR. As such it makes a useful tool for everyday driving on the cratered tarmac we call roads, but is also equally at home on the track (as I discovered on a VXR track day at Donington Park).

However, there’s always room for more power and that’s exactly what you get with the Corsa VXR 888. You can choose an ECU remap (£550) and a Remus sports exhaust (£475 fitted), which together lift power to 225bhp. Lowered springs are also available for £220, dropping the ride height by 20mm and rewarding you with a sharper chassis response, particularly on turn in, provided you don’t mind shaking out any fillings you might have.

The sports exhaust is worth the money, as it really ups the aural entertainment as well as liberating a few extra horses from the Corsa’s engine. The ECU upgrade provides most of the extra power, and on full throttle above 4000rpm gives the Corsa a real kick. Unfortunately that kick is now transferred through the steering wheel, torque steer making itself known over bumpy roads, even more so in greasy conditions.

Perhaps the Corsa VXR 888 is a good example of ‘less is more’, as the extra power does compromise the chassis when driven hard. However, if you want more excitement from your Corsa for a modest amount of cash I’d advise you check out the VXR Performance Centre in Banbury, where the kit can be fitted.